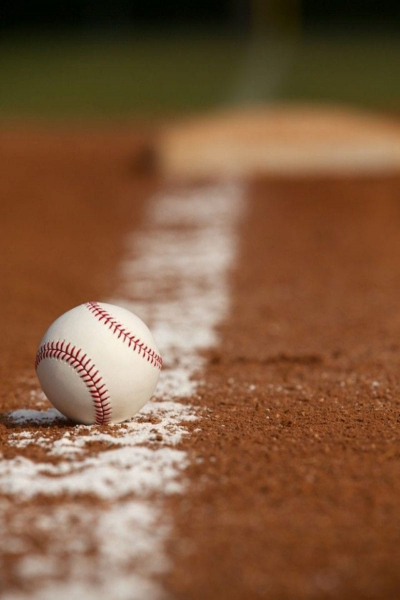 My dad and I started playing catch a decade ago, and it changed our entire relationship. To be honest, I’m not sure how it all began. It just happened. Like most life-changing habits, it started as nothing special and, slowly, became something meaningful.

A decade ago, we had a hard time sometimes even being around each other. In my early 20s, I found myself constantly bucking against his advice. Our conversations quickly turned to disagreements, then into polarizing fights and eventually to silence.

For a while, we didn’t speak. I found other father figures who fed my desire for affirmation. Meanwhile, I was ignoring my own father’s attempt to reconcile—partially because I was being selfish but also because I didn’t know how to communicate with my dad. I didn’t know how to relate to him. Instead of seeing who he was, I was too focused on who I wanted him to be.

Instead of seeing who he was, I was too focused on who I wanted him to be.

Unless it was raining or snowing, we’d usually meet in Kirkwood Park to play. He’d bring the gloves and baseball from his trunk while juggling his keys and wallet. We’d settle into a grassy patch, put on our gloves and start throwing the ball. Then, we’d talk.

That’s where it started.

There’s something about the rhythm of playing catch that allows for good conversation. For starters, your focus is on the other person. You can’t be on your phone or looking elsewhere, unless you want to get a black eye. You’ve got to wait for the other person to be ready to receive the ball, and you have to throw it so they can catch it.

After years of struggling, it felt like we could play catch and talk for hours. Sometimes, we’d share and lend advice. Sometimes, we’d fight and have a short game. However, over time, no matter what, we just kept returning to the field.

No matter what, we just kept returning to the field.

On the morning of my wedding day, we played catch and I bought him a baseball as a gift. He mentioned this in the closing of his father-of-the-bride speech that night. Microphone in hand and tears in his eyes, he looked at my husband and said, ”Son, I’m tossing you the ball.”

Commitment has been a theme for me so far this year. As I reflect on the last decade, I can see how committing to a simple game of catch led to a recommitment in our relationship. Playing catch was also the catalyst to a million other inside jokes, hugs, tears and late night phone calls. However, I can attest to the fact that a simple act in a relationship can make a huge difference 10 years down the road.

I’m so thankful for the time I’ve shared with my dad—getting to know him and letting him get to know me. I can honestly say that I’m a better person because of how he loves. Of course, we’re still human, and we have our road bumps along the way.

In the end, I believe it’s our commitment to growing together that truly matters. In a few weeks, I’m visiting my family back home and you can bet I’m packing my baseball glove.

Dedicated to my father, thank you for all you do. Happy Father’s Day, I love you.

Image via Today I Found Out